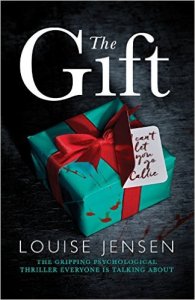 I am absolutely delighted that within a week of its release my second novel, The Gift has reached No.1 on Amazon both in the UK and Canada, is No.2 on iBooks and is in the top 10 for psychological thrillers in the US. I want to thank everyone so much for all their support. the blogging community is phenomenal and I feel so privileged to be part of it.

It hasn’t been an easy journey to publication. This time last year I was constantly refreshing my emails, waiting for responses to my submissions, and I had that sinking ‘it will never happen for me’ feeling in the pit of my stomach as I read yet another ‘thanks but no thanks’ response. Each and every rejection knocked my confidence further and there were many times I questioned whether I should send out another query. Whether I was wasting my time. I was now in my 40’s and I still hadn’t managed any success at all. Was it too late? 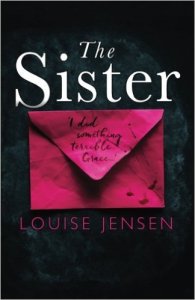 Receiving an offer last January was such an incredible feeling, My story, The Sister, had found a home. I never dreamed that within a year I would have published two novels, both would reach No.1 around the world, I would sell over half a million books in my first five months as a published author and 10 countries would buy the translation rights. I had to pinch myself again when The Sister was nominated for The Goodreads Debut of 2016 Award.

It’s so easy, as a writer, to let the doubts creep in, to wonder if it is worth it, to wonder whether to keep on going. For years I have championed other authors, celebrated their successes, been a shoulder during their lows and pretty much resigned myself to never seeing my name on a cover but still I wrote. I just couldn’t stop.

Whatever stage you are at with your manuscript, never give up. You never know what is just around the corner.

Wishing you all a happy and healthy 2017,