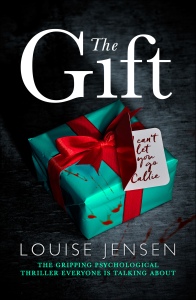 I first heard about cellular memory about fifteen years ago and was intrigued with the concept that the cells of the body could store memories, and if organs are transplanted, these memories could also be transplanted with them.

Although this isn’t scientifically proven, there are an increasing number of doctors and scientists supporting this theory and further research is being carried out.

Endlessly fascinated I’ve spent years researching this subject and reading up on real life cases where recipients have received donor organs, in particular hearts, and inherited some attributes of the donor whether it is a craving for the donor’s favourite food, or, in more extreme cases, speaking a different language after the surgery that the donor could speak, or suddenly being able to play an instrument the donor could play.

Could this really be happening? Is the heart just a pump or is it something more? It wasn’t that long ago the heart was thought to be the centre of all knowledge and wisdom. Is it more than we think?

I desperately wanted to write a novel around cellular memory but I was wary. It is a subject I felt that deserved sensitively handling. Where there is a transplant, there has to be a loss. A grieving family. A recipient who has perhaps been ill for a long period and the impact that has had on their family and friends. I considered all of these points four years ago when I wanted to start writing a novel and I decided I didn’t have the experience to approach a story that included organ donation with the sensitivity it deserved.

Instead I wrote The Sister, a psychological thriller based around a grieving girl and I found that despite the genre of the book I was able to write it with raw emotion and when readers read it and fed back how connected and empathetic they felt towards the characters, I decided to tentatively start to write Jenna’s story in The Gift.

Jenna is a 30-year-old woman who receives a new heart and begins to have disturbing thoughts and dreams. She becomes obsessed with her donor, Callie’s family, and she doesn’t believe Callie’s accident was as innocent as it was purported to be. Jenna is determined to uncover the truth behind Callie’s death, to bring her bewildered parents the closure they deserve, but as she begins to dig and discover the secrets surrounding Callie, she finds there is someone who wants to silence her, at any cost.

The Gift is fiction, and of course as an author I have taken artistic license with the subject of cellular memory and I’m sure readers will understand the need to do this but I hope I have handled the medical aspect and the loss with accuracy and respect.

My family and I have been on the donor transplant list for years. I know it’s not always something families discuss and I do hope The Gift can strike up conversations about donation and perhaps encourage someone who might not have previously thought about it to sign themselves up to the register. Signing up really could save lives.

What do you think about cellular memory? I’d love to know.

The kindle version of The Gift is currently part of an Amazon Flash Sale and you can buy it in the UK here for £0.99 or the US here for $1.24. It is also available as a paperback or audiobook.

The sky streaks purple, orange, red before settling on its usual self-conscious blue as if it could never be more than that. But we’re all more than we think. Than we feel.

4 thoughts on “You wrote a novel about WHAT??? (What on earth is Cellular Memory?)”