Writing full time is a luxury many of us dream about and although I fitted writing The Sister around a family and working part-time I’m always in awe of those who hold down a full-time job too.

Today, Steven Kedie, author of Suburb, shares with us how he juggles a career and two children under five  with the burning desire to write. 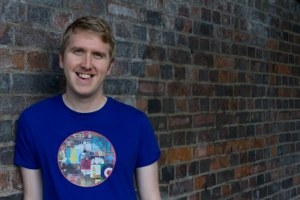 Like many people just starting out in this game called Writing, I am not full time. I have a job, a 9-5, that pays the mortgage and nursery fees. Most of my writing is done in short bursts: 500 words before work, editing at lunchtime, plot problems thought through and sorted out on runs I do after the kids are in bed. Every once in a while I get a full day where writing can be the priority, where my focus can be absolute. It’s one of those days I’d like to tell you about.

I wake up tired. As always. Two kids under five will do that to you. It’s not just the kids today though. Yes, it’s not six o’clock yet and the youngest is crying, so that’s not helping. But they are not the full reason. There’s last week’s family holiday to Centre Parcs that none of us seem to have recovered from, the Stag Do in Leeds on Saturday night – that definitely hasn’t helped, the unexpected (unwelcome), hour long, night feed on Monday. But the main reason it took me ages to get to sleep last night was The Reader feedback.

Every writer has their Reader. That one you go to first with new work and say, What do you think? The one you know will be critical, insightful, brutal. The reader who helps makes you a better writer. Mine is my wife. Last night I gave her a draft of Ben, a short story I’ve been working on. I went out in Manchester to watch an open mic night and she stayed in and read my work. When I got home, feedback was waiting. Not your usual style, too much detail about things that don’t matter, boring. She’d only read four pages. There were some positive bits, but writer brains don’t tend to focus on the positive do they? So, instead of sleeping, I spent some time lay in bed running through every little bit of Ben’s opening.

Which brings me to this morning. I’ve got a full day of writing/ editing planned in. And, following last night’s conversation, more work to do than I thought. So as I get our two boys ready for nursery: encouraging breakfast down them, making sure swimming stuff is ready, putting shoes on, my mind is on Ben. How to fix it, what to change? And somewhere in all the early morning chaos, something clicks.

Could work better, she says.

And the day ahead becomes less daunting. There’s a plan. Something to work towards.

I drop my wife at the tram station, the kids at nursery. Then home. Kettle on, empty the dishwasher. I eat breakfast in front of the computer. My draft is in front of me, my red pen ready. And I work. Cutting, moving sections, drawing lines through massive chunks of work I thought were important. The feedback from last night has convinced me it’s not. How right she was. I see it all with clear eyes on this read through. Something begins to take shape in these early hours of the working day. Ben no longer seems boring. The early drama of the story has been pushed further towards the start. Two characters’ stories were sitting in different chapters. They now sit side by side in the opening section. I’ve been at it for an hour and a half and I have progress.

Our cleaner arrives (I know, how middle class). I don’t like being in the house when she works. It’s awkward for both of us. So I print off the morning’s work and drive to my favourite local café. There’s something cliché about writing in a coffee shop but, as I don’t get these opportunities for full days of writing very often, I embrace it. The place is very quiet, which is unusual as normally there are kids (including mine) running madly round it. It’s an art café, aimed at families, so it’s to be expected but today it’s nice to enjoy their coffee (which is excellent) and read in peace. I study my work and then begin editing the rest of the story again. I’m more brutal now, killing those darlings with a swift flick of my red pen. Boring sticks in my mind so anything I think hints at that goes.

I go home for lunch. The house is empty and clean. I set up at the dining table again and eat as I work. I know if I stop to watch something on Netflix for half an hour I’m going to lose half an afternoon watching Californication for the third time and feel annoyed at myself later. I work until three: editing, editing, editing. I get up to change the CD every 45 minutes or so but other than that I stare at my words and try to improve them.

At three I put my running kit on and go running down the canal. No music, just the low engine noises of canal barges and the odd tram passing on the other side to soundtrack me. It’s nice, again a luxury, as ordinarily at this time I’m at my normal desk, doing my normal job.

Back at it after showering and hydrating, I work against the clock. Nursery pick up time approaches and I want to finish an edit of the whole story before I go. My leaving time gets put back by ten minutes three times.

And then it’s done. Another round of editing over. Ben and his world are saved, printed, ready for The Reader to cast her eye over and give more feedback. Feedback which again I know will improve it. Feedback I think you have to learn to take.

The whole family returns and the house fills with noise. The table that was my work station becomes a place to eat again, with the boys filling up with a post nursery snack to see them through until bedtime. Toy aeroplanes sit where the computer was, a child’s guitar rests where my notebook has been all day. There’s no sign to point to any of the work I’ve spent the day doing apart from a neat pile of A4 paper, waiting to be read, the top sheet reading: Ben. A Carl Stone Story. Steven Kedie. 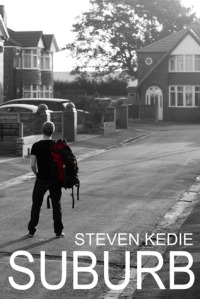 Wednesday was fuelled by tea and one massive Latte. It was soundtracked by The Shadow Puppets, Bruce Springsteen and Brian Fallon.

Ben, is the second story from the world of Carl Stone. The first story, Carl Stone’s Girl, is available on Amazon, along with my other work, including my novel: Suburb.

Thanks for reading.  Steven 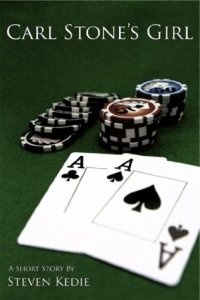 Thanks so much Steven for sharing. You can find out more and buy Steven’s books here.